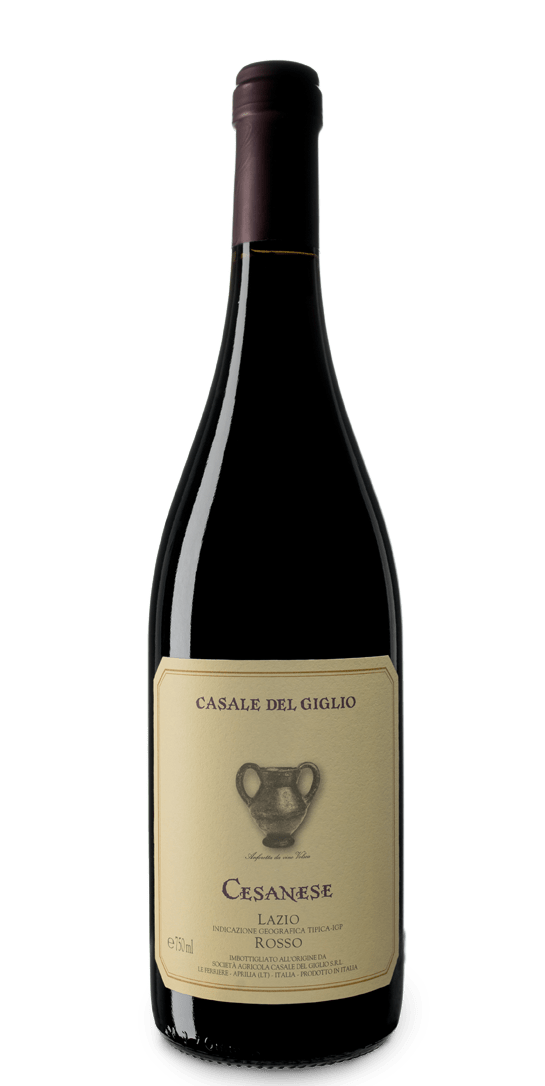 This variety hails from the Latium Province of Frosinone, once inhabited by the ancient Volsci tribe who conquered the town of Satricum in 488 BC and ruled supreme until the Romans established a colony there in 385 BC.

Prime areas for the cultivation of Cesanese are around the hill towns of Affile and Piglio.

Cesanese is a low yield, late-ripening variety which lends itself to late harvesting.
The cluster is small, sparse and elongated, the berries oval and medium-sized. The harvest does not take place until late October as the vineyards are situated on relatively high, hilly slopes.
Late ripening varieties normally guarantee a long lasting wine; in fact the more days intervene between flowering and maturity the more suitable the wine will be for long aging.
Submerged cap, spontaneous fermentation at 18-20° C for approximately 20 days is followed by a further 10/12 days of maceration on the skins to extract the very last traces of the tannins in which the skins and seeds of the Cesanese grape are particularly rich.

Recipe for 4 people:
Soften an onion in olive oil, add the meat cut into small pieces and sauté in its own juices.
Add a little white wine, chilli, salt and water and cook over a low heat until the meat is ready.
Add a clove of garlic crushed with a little vinegar, cover and simmer for a few minutes.
Serve with seasoned sprouting broccoli.