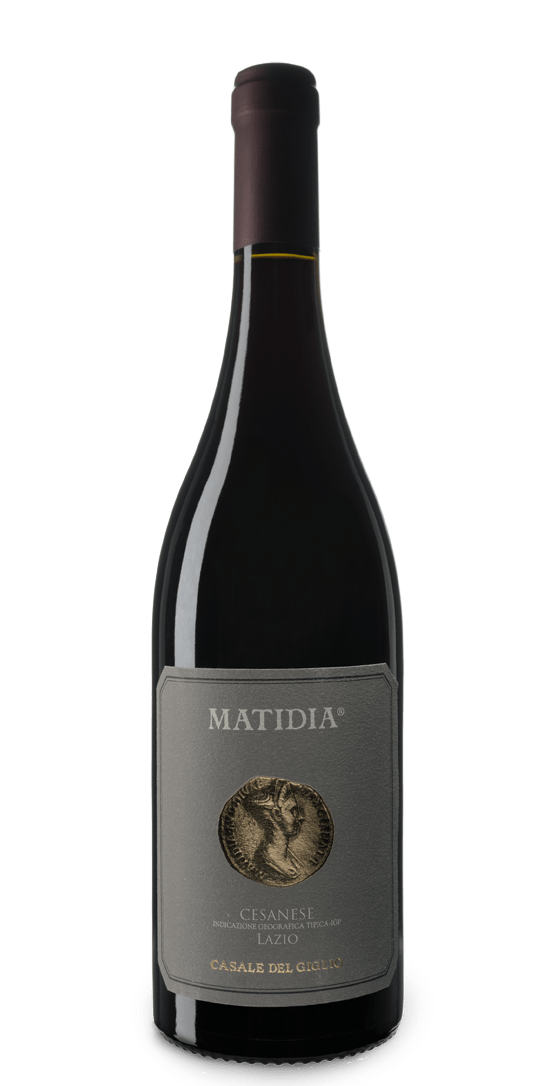 MATIDIA, who held the title of “Augusta”, was a member of Rome’s Antonine dynasty. She was the niece of Emperor Trajan and mother-in-law of Emperor Hadrian. Upon her death in AD 119 Hadrian delivered the funeral oration and proclaimed her a deity. Statues of Matidia were erected throughout the Empire, coins bearing her effigy were minted and a temple in Rome’s Campo Marzio was dedicated to her. Traces of this ancient temple have been uncovered beside the Church of Santa Maria in Aquiro in Piazza Capranica, a historic corner of the city close to the hearts of the Santarelli family since it was here that their career as wine merchants began over a century ago.

The vines are spur-cordon trained in a leased 30 year-old vineyard near Olevano Romano. The vineyard faces east at 500 metres above sea level where the soil is volcanic limestone. The grapes are harvested from early autumn to mid – October. A cold maceration for 6/7 days at 8°C precedes the alcoholic fermentation which takes place over a three week period at a controlled temperature and with repeated punching down.

After racking, part of the wine is aged in stainless steel vats and part in oak tonneaux (400 litre casks) for about 12 months.

Notes of marasca cherry and a delicate spiciness on the nose are carried forward on a fresh, fine palate with flawless tannins. A fusion of elegance and longevity is achieved by carefully underplaying the ripe fruit notes and richly textured mouthfeel.

A long mineral finish with a hint of the sea. Well suited to long bottle aging.