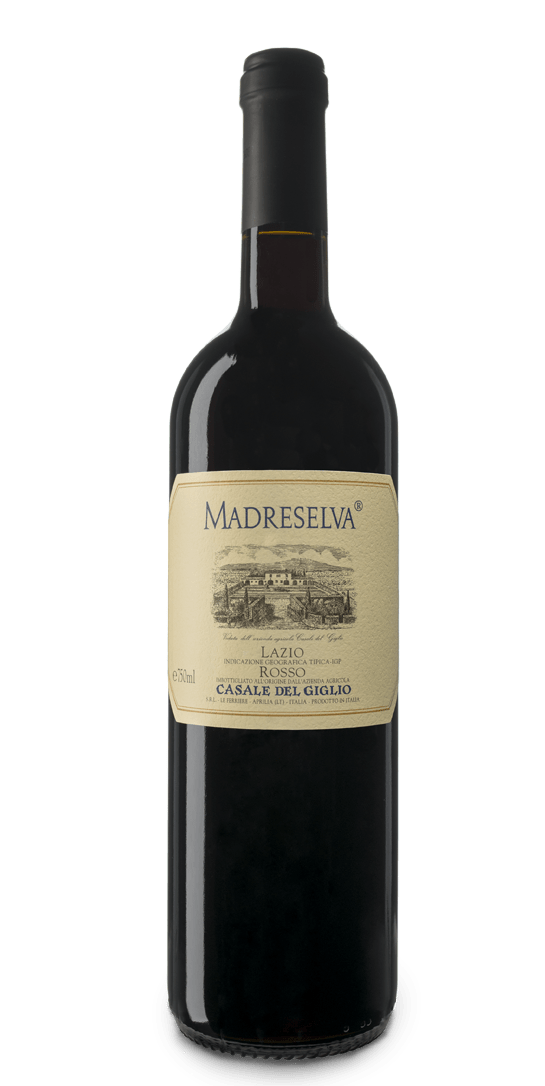 As the Merlot grape was already present in the Agro Pontino valley when Casale del Giglio launched its research project in 1985, the first really tangible result of the estate’s vine growing experiments came with the successful adaptation of Cabernet Sauvignon and Petit Verdot to the microclimate of the area.

Madreselva takes its name from the wonderfully perfumed wild honeysuckle, or ‘madreselva’, which rambles its way through the shady undergrowth of the Agro Pontino.

An equal blend of Merlot, Cabernet Sauvignon and Petit Verdot, all three red grape varieties are picked when fully ripe, but at quite different times.

The vinification procedure, different for each variety in the blend, is described in the preceding profiles of the corresponding three monovarietal wines.

When malolactic fermentation is complete the new wines mature in small oak casks for 18-20 months and after racking are blended together in equal proportions.

Madreselva ages in the bottle for 8-12 months before leaving the winery.

The nose reveals a very mature, dark personality – black cherry and damson jam to the fore, with undertones of wet autumn leaves and juniper.

The palate is well-balanced and persistent with velvety tannins that reflect the dark, fruity, balsamic character of the nose.

This website uses cookies to improve your experience while you navigate through the website. Out of these, the cookies that are categorized as necessary are stored on your browser as they are essential for the working of basic functionalities of the website. We also use third-party cookies that help us analyze and understand how you use this website. These cookies will be stored in your browser only with your consent. You also have the option to opt-out of these cookies. But opting out of some of these cookies may affect your browsing experience.
Necessary Always Enabled
Necessary cookies are absolutely essential for the website to function properly. This category only includes cookies that ensures basic functionalities and security features of the website. These cookies do not store any personal information.
Non-necessary
Any cookies that may not be particularly necessary for the website to function and is used specifically to collect user personal data via analytics, ads, other embedded contents are termed as non-necessary cookies. It is mandatory to procure user consent prior to running these cookies on your website.
SAVE & ACCEPT
Go to Top