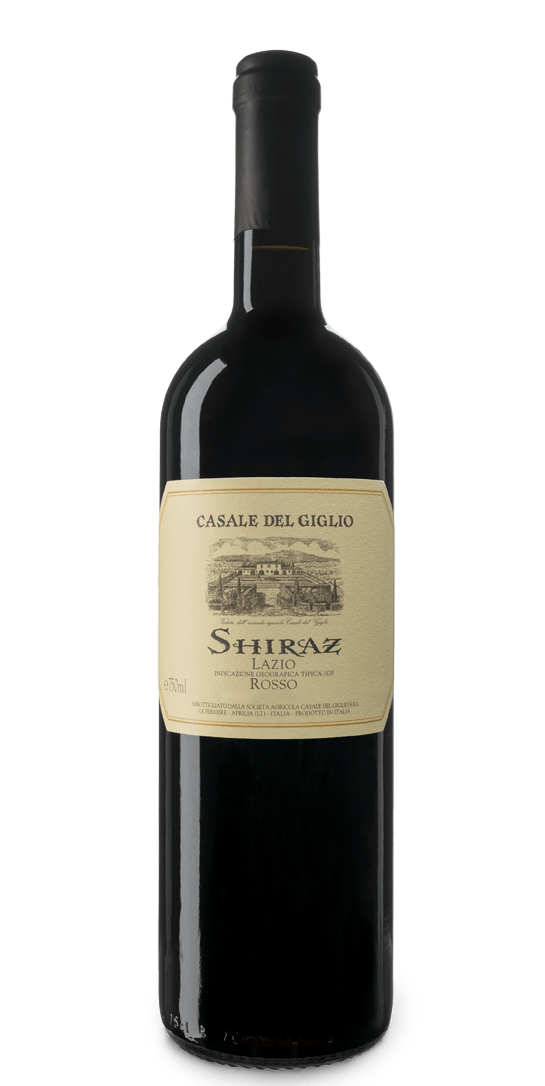 The red grape Syrah, or Shiraz, takes its name from the ancient Persian city of Shiraz, now a thriving metropolis in present day Iran, where the process of winemaking possibly originated some 7,000 years ago.

Syrah rose to fame however in the Rhône valley in France, where it features with other grape varieties in the production of such celebrated wines as Hermitage and Châteauneuf-du-Pape.

Since the beginning of the last century it has spread to many parts of Australia, such as the Hunter River Valley near Sydney. Syrah has been grown successfully in the Province of Latina ever since Casale del Giglio’s first experiments with the variety in 1985.

100% Syrah.
Only the ripest and healthiest grapes are selected for vinification.

Two days of cold maceration at around 10°C favour the extraction of the grape’s typical aromas and rich colour. Vinification continues with the punching down of the floating cap three or four times a day to ensure that the colour and noble tannins in the skins are released into the new wine.

The fermenting must is racked and returned (the process of délestage) several times during the initial stages of the 10-12 day fermentation process which takes place at 26- 28°C. As the new wine is carefully drawn off into stainless steel vats for malolactic fermentation, the colour, tannins and aromas still present in the fermented skins are extracted in the soft press to which they are gently persuaded to slide by force of natural gravity alone.

8-12 months of barrique aging and a further 6 in the bottle complete the process.

A deep ruby-red wine with violet nuances. The promise of blackcurrant, blueberry and wild cherry, black pepper, cinnamon and cardamom on the nose is amply fulfilled on the palate.

Warm and luscious but supported by fine tannins, all the fruit and spice return in the lengthy finish.